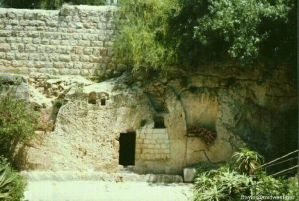 Even today, I am on the epistemological journey for my meaning of the Easter event. As I continue to listen, converse with, embody, pray and read, I recently came across an article by Walter Wink that struck me. He speaks to some of what I have been pondering lately poignantly and eloquently. So I would like to share the article. What do you think?

What Happened to Jesus?
by Walter Wink

Considering the weight the early church attached to the resurrection, it is curious that, subsequent to the empty-tomb stories, no two resurrection accounts in the four Gospels are alike. All of these narratives seem to be very late additions to the tradition. They answer a host of questions raised by the gospel of the resurrection. At the core of all these accounts is the simple testimony: we experienced Jesus as alive.

A later generation that did not witness a living Jesus needed more; for them the resurrection narratives answered that need. But what had those early disciples experienced? What does it mean to say that they experienced Jesus alive? The resurrection appearances did not, after all, take place in the temple before thousands of worshipers, but in the privacy of homes or cemeteries. They did not occur before religious authorities, but to the disciples hiding from those authorities. The resurrection was not a worldwide historic event that could have been filmed, but a privileged revelation reserved for the few.

Nevertheless, something “objective” did happen to God, to Jesus, and to the disciples. What happened was every bit as real as any other event, only it was not historically observable. It was an event in the history of the psyche. The ascension was the entry of Jesus into the archetypal realm. Though skeptics might interpret what the disciples experienced as a mass hallucination, the experience itself cannot be denied.

This is what may have happened: the very image of God was altered by the sheer force of Jesus being. God would never be the same. Jesus had indelibly imprinted the divine; God had everlastingly entered the human. In Jesus God took on humanity, furthering the evolution revealed in Ezekiel’s vision of Yahweh on the throne in “the likeness, as it were, of a human form” (Ezek. 1:26). Jesus, it seemed to his followers, had infiltrated Godhead.

The ascension marks, on the divine side, the entry of Jesus into the son-of-the-man archetype; from then on Jesus’ followers would experience God through the filter of Jesus. Incarnation means that not only is Jesus like God, but that God is now like Jesus. It is a prejudice of modern thought that events happen only in the outer world. What Christians regard as the most significant event in human history happened, according go to the Gospels, in the psychic realm, and it altered external history irrevocably. Ascension was an “objective” event, if you will, but it took place in the imaginal realm, at the substratum of human existence, where the most fundamental changes in consciousness take place.

Something also happened to the disciples. They experienced the most essential aspect of Jesus as remaining with them after his death. They had seen him heal, preach, and cast out demons, but had localized these powers in him. Though the powers had always been in them as well, while Jesus was alive they tended to project these latent, God-given powers onto him. They had only known those powers in him. So it was natural, after his resurrection, to interpret the unleashing of those powers in themselves, as if Jesus himself had taken residence in their hearts. And it was true: the God at the center of their beings was now indistinguishable from the Jesus who had entered the Godhead. Jesus, in many of the post-Easter son-of-the-man sayings, seems to speak of the Human Being (the “son of man”) as other than himself. Was Jesus stepping aside, as he seems to do in the Gospels, to let the Human Being become the inner entelechy (the regulating and directing force) of their souls?

The disciples also saw that the spirit that had worked within Jesus continued to work in and through them. In their preaching they extended his critique of domination. They continued his life by advancing his mission. They persisted in proclaiming the domination-free order of God inaugurated by Jesus.
The ascension was a “fact” on the imaginal plane, not just an assertion of faith. It irreversibly altered the nature of the disciples’ consciousness. They would never again be able to think of God apart from Jesus. They sensed themselves accompanied by Jesus (Luke 24:13-35). They found in themselves a New Being that they had hitherto only experienced in Jesus. They knew themselves endowed with a spirit-power they had known only occasionally, such as when Jesus had sent them out to perform healings (Mark:7-13). In their struggles with the powers that be, they knew that whatever their doubts, losses, or sufferings, the final victory was God’s, because Jesus had conquered death and the fear of death and led them out of captivity.

Jesus the man, the sage, the itinerant teacher, the prophet, even the lowly Human Being, while unique and profound, was not able to turn the world upside down. His attempt to do so was a decided failure. Rather, it was his ascension, his metamorphosis into the archetype of humanness that did so for his disciples. The Human Being constituted a remaking of the values that had undergirded the domination system for some 3,000 years before Jesus. The critique of domination continued to build on the Exodus and the prophets of Israel, to be sure. But Jesus’ ascension to the right hand of the Power of God was a supernova in the archetypal sky. As the image of the truly Human One, Jesus became an exemplar of the utmost possibilities for living.

Could the son-of-the-man material have been lore that grew up to induce visions of the Human Being? Could it have been a way to activate altered states of consciousness based on meditation on the ascended Human Being enthroned upon the heart? It was not enough simply to know about the mystical path. One needed to take it. And the paths were remarkably alike. The ascension was real. Something happened to God, to Jesus, and to the disciples. I am not suggesting that the ascension is non-historical, but rather that the historical is the wrong category for understanding ascension. The ascension is not a historical fact to be believed, but an imaginal experience to be undergone. It is not at datum of public record, but divine transformative power overcoming the powers of death. The religious task for us today is not to cling to dogma but to seek a personal experience of the living God in whatever mode is meaningful.

Walter Wink is professor emeritus of Auburn Theological Seminary in New York City and author of 16 books. He is best known for his trilogy on the “Powers” and his fascinating interpretation of Jesus’ teachings on nonviolence.

2 thoughts on “What Happened To Jesus – By Walter Wink”